AGAPI AND OTHER KINDS OF LOVE IS A MULTI ART-FORM PROJECT CONSISTING OF A SHOW, BOOK & ALBUM, ALL OF THE SAME NAME.
SHOW: 70-minute Hip-hop Opera - For traditional theatres or amphitheatres
BOOK: Luka Lesson's Verse Novel  - An adaptation of the script expanded and edited for the page.
ALBUM: The forthcoming studio album to be recorded in Athens, Greece, 2023.
SYNOPSIS
In Agapi & Other Kinds of Love, Greek-Australian poet Luka Lesson draws on his heritage to search unflinchingly for the meanings of love of Ancient Greece. Based on Plato's The Symposium, Agapi begins with Socrates telling a banquet of friends everything he learned from a mysterious lover named: Diotima. The gods then take the audience on a journey - collapsing time and space to arrive in modern day Athens, where the two reincarnations of the Ancient lovers fall in love (again) in the midst of a riot. Luka's reputation as one of Australia's best storytellers shines as he then takes us on a journey through the kinds of love: Eros, Filia, Filoxenia, Philautia, Storgi, Pragma and the ultimate: Agapi. Self-love, erotic love, familial love and more all collide with statues of Aphrodite, Molotov cocktails and the Parthenon's steps. Equal parts rap concert, poetic musical & classical history lesson, Agapi & Other Kinds of Love shows us how love prevails despite the trials and tribulations of the ages.
MUSIC
Musically the project shifts between three Greek musical styles:

Luka's work has also been featured in publications such as: Southern Sun: Aegean Light (2011, ASP), Poems From A Green And Blue Planet (2019, Hachette UK), and Solid Air (2019, UQP). Luka has been a poet-in-residence at the Scottish Poetry Library, appeared at the Edinburgh Literature Festival, Sydney Writers' Festival, Hong Kong Literature Festival, Ubud Writers' Festival and many more. Luka has also taken the stage with his band at festivals such as Splendour in the Grass (Byron Bay), 4E Hiphop Festival (Sydney) & OneBlood Festival (South Africa).

Luka has always used poetry and rap writing workshops as a form of activism, helping young people to articulate and perform their work for the past 15 years in education centres worldwide, amplifying countless marginalised voices in the process. Luka's poems and rap verses are being studied on official school curriculums throughout Australia, and unofficially by rebellious educators worldwide.

In 2017, Luka established his own poetry retreat in his Grandfather's village on an island in Greece: Rhodes Poetry Retreat. And has since turned his hunger for teaching into Amplify Your Voice: an online course aimed at writing, performance and meaning-making for poets digitally.

In 2018, Luka established a creative company, The Future Ancients Pty Ltd to house his major works. The first of which, Agapi & Other Kinds of Love, premiered at the National Museum of Australia during their exhibition Ancient Greeks: Athletes, Warriors & Heroes, 2022.

ANONYMOUS QUOTES FROM PREMIERE AGAPI SEASON AT THE NATIONAL MUSEUM OF AUSTRALIA
"This was one of the highest calibre and most transformative live
performances I have attended in my life. I was awestruck at the level of skill
which Luka and his supporting artists displayed. The performance was a
transmission of devotion in motion. It was at least three times as good as I
had hoped - and I'd had high hopes! It is artists like Luka who inspire me with
a remembrance that I am not alone in the strive for excellence, in service of
the greater whole. What an extraordinary, incendiary and soulful evening. It
was all class, from start to finish. My girlfriends felt the same. Thank you!"

"Three performers engagement with audience, incredible skill of female
musicians, edgy cutting edge music, I don't normally like rap but came away
with a new appreciation for this music genre, lead performer was exceptional
storyteller"

"Fabulous words and themes. High production values. Very high level
theatrical production - it was much more than I expected eg set and lighting,
tight direction, Ella Fence was phenomenal and contributed much. No flat
spots or boring bits!!! Congrats to all xx"

"The performance itself was fabulous. Everything about it, the text and music
were brilliant. All the artists were wonderful... meeting Luka at the end for a
book signing was a lovely bonus!" 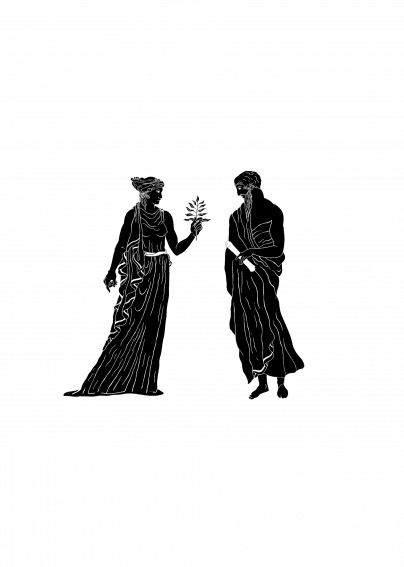 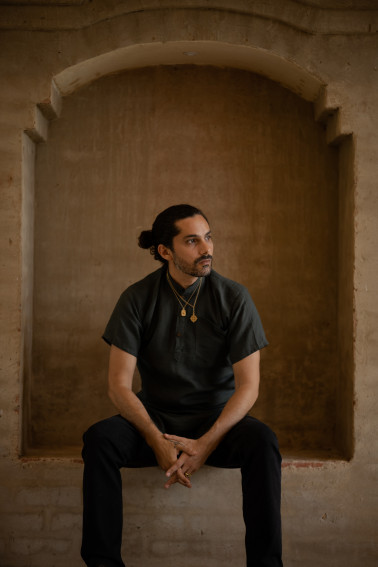 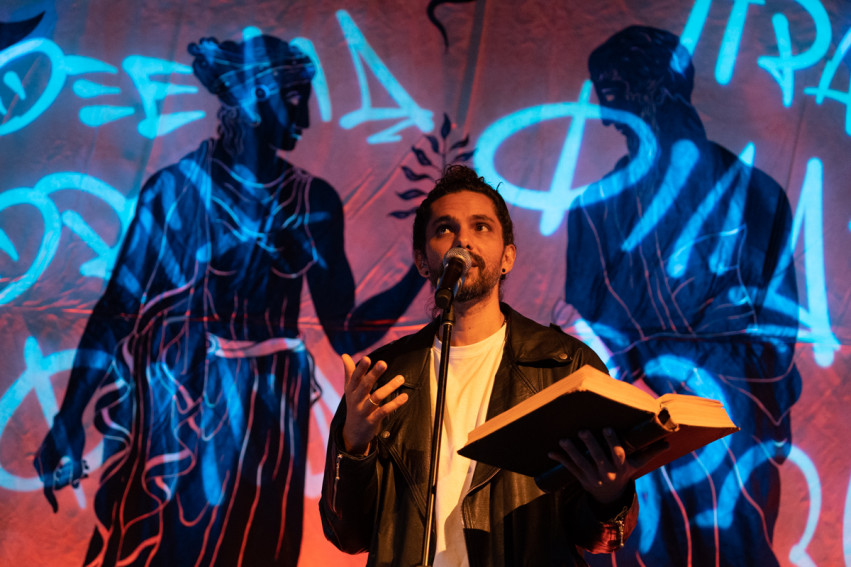 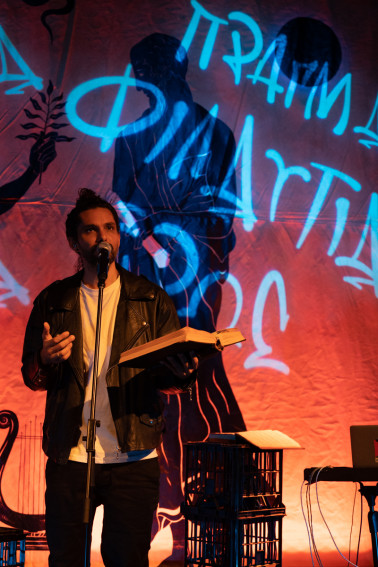 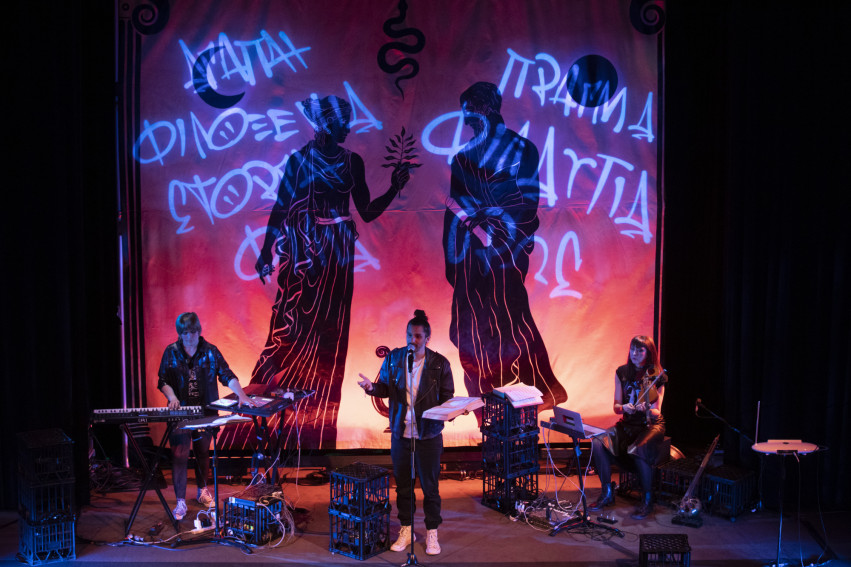 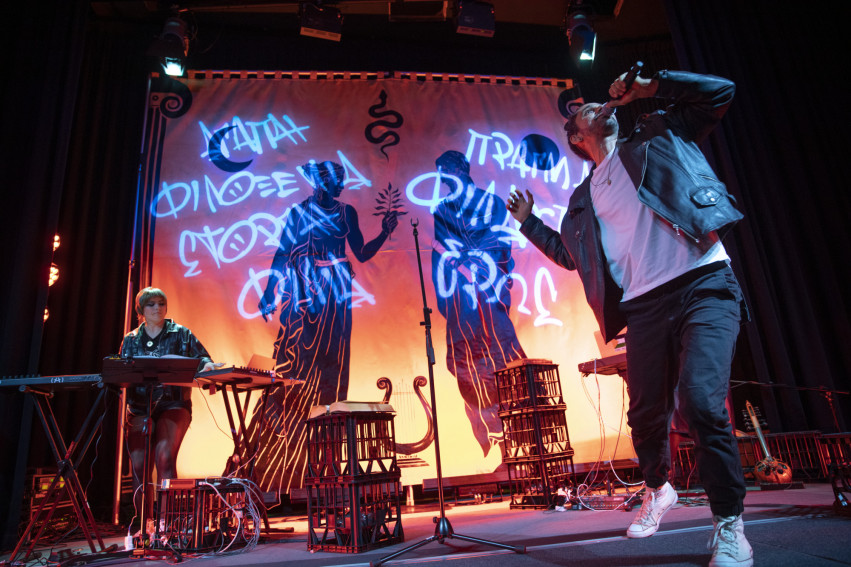 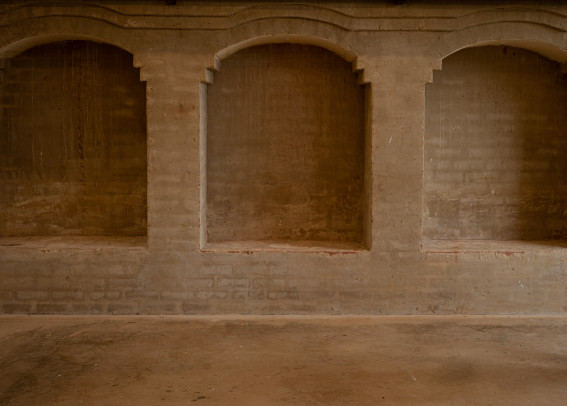 "A glorious spectacle of story, song, colour and sound!"
- Audience Response
"Luka is a genuine artist of high quality whose poetry is powerful and poignant.
I salute his prophetic witness!"
- Dr Cornel West