Belfast-based Chillwave producer, David Ferris, aka Balcony Sunrise weaves together the two timelines of the 1980s and modern day to create a nostalgic yet hopeful experience for his listeners.

The project started as a result of the pandemic; inspiring a desire to create music that provides hope during uncertain times. Since releasing his debut single 'Velvet Ocean' at the start of 2021 to rave reviews, he has continued to release new music every month. He released a 4-track EP 'Coastal Dreams' which has already surpassed 50k streams on Spotify gaining more fans everyday in countries such as Mexico, Russia and Brazil.

Family is important to David and their support as an independent artist means the world. Brother Stephen and dad Trevor play vital roles suggesting how tracks could be improved and they also contribute to the visual side of Balcony Sunrise.

Balcony Sunrise's musical mood and influences change with the seasons; creating music for the moment. Now that summer has finally arrived, he released his latest single 'Sunset City' on 25th June, the 2nd track of the upcoming summer EP. The track was inspired by walking through the city in his hometown, Belfast, during a summer's night with his headphones on listening to music and watching the world go by.
See you on the balcony!
See more 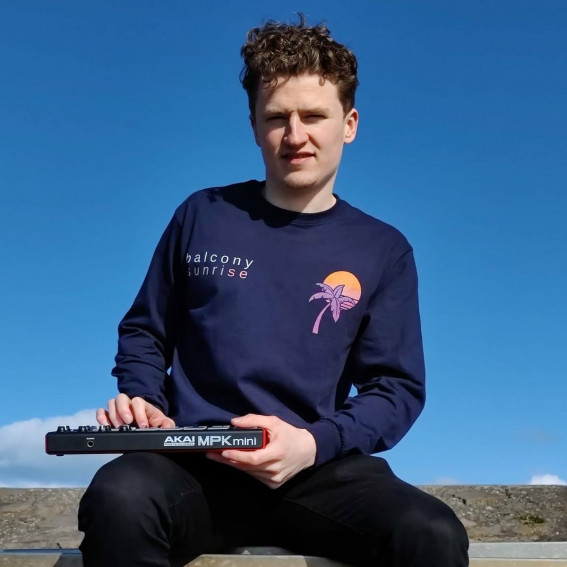