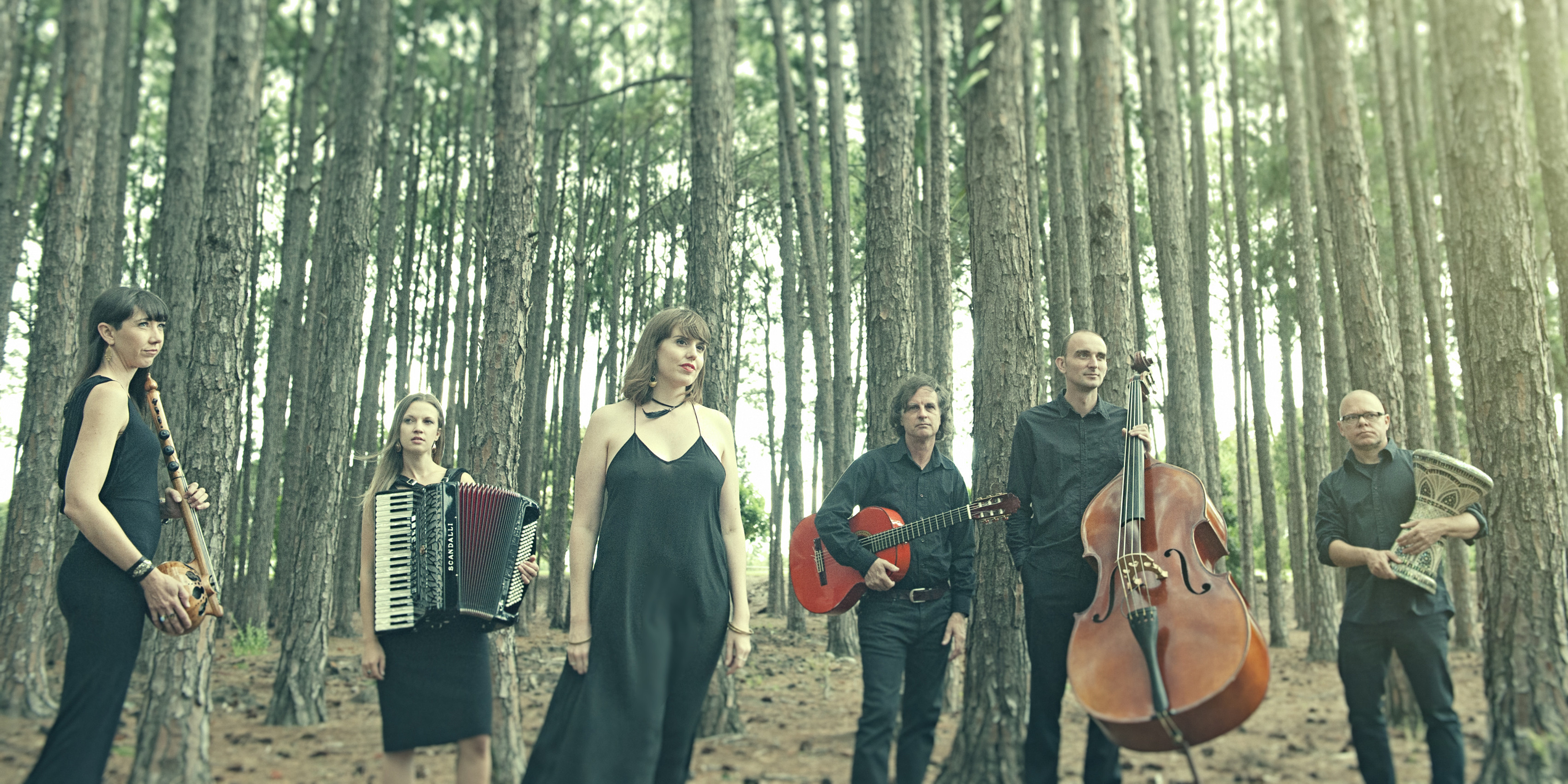 “...a world where the past is ever-present and music knows no borders. FOUR STARS” – The Courier Mail

The impressive musicianship of MZAZA – deftly realised with accordion, violin, percussion, double bass and Flamenco guitar – embraces diversity, the old and the new, the familiar and the foreign, through timeless melodies. It is the timelessness of the music and stories that fuels an intense live show, an unforgettable musical journey, that has enraptured audiences at MONA FOMA, Queensland Music Festival, Cygnet, National and Woodford Folk Festivals, and visited airwaves internationally. Jaw-dropping technique, unique compositions and captivating shows have earned Mzaza supports for the likes of the Violent Femmes (USA) Yasmin Levy (Israel), Melbourne Ska Orchestra (AUS), Baba Zula and Baro Banda (Turkey), and DJ Click (France).

In 2018 MZAZA spent a week at Sierra Studios in Athens recording a third full-length album, due for release soon.

In 2015 MZAZA released Ghosts, an album mixed by ARIA-nominated engineer Robin Mai and featuring a collection of impressive musical collaborators. With much of the original material in French or English and inspired by Balkan music, Ghosts spent three weeks in the AMRAP Metro Charts, was feature album on Melbourne’s PBS and spent five weeks in 4ZZZ’s top 20. 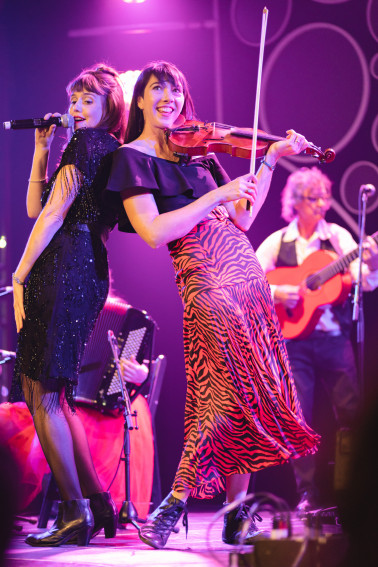 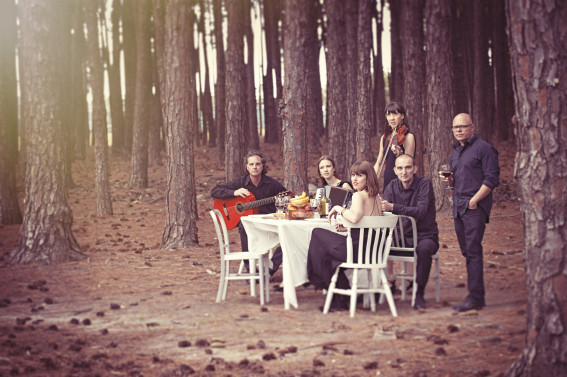 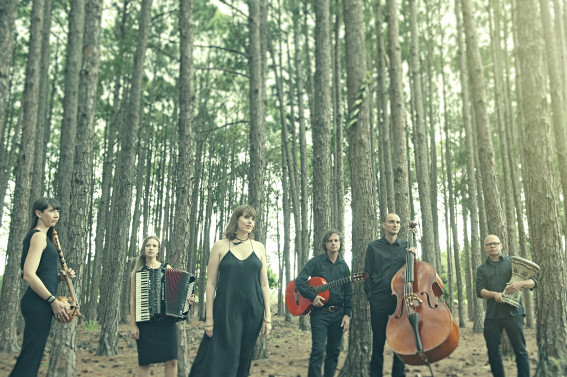 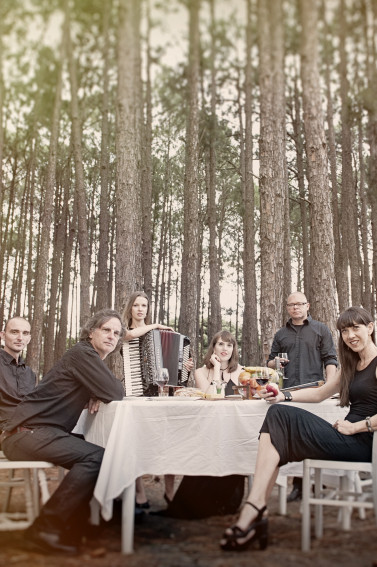 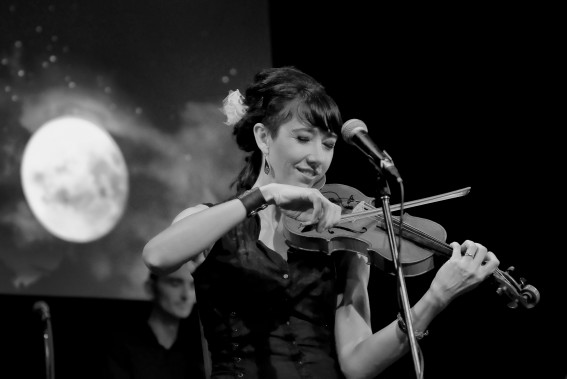 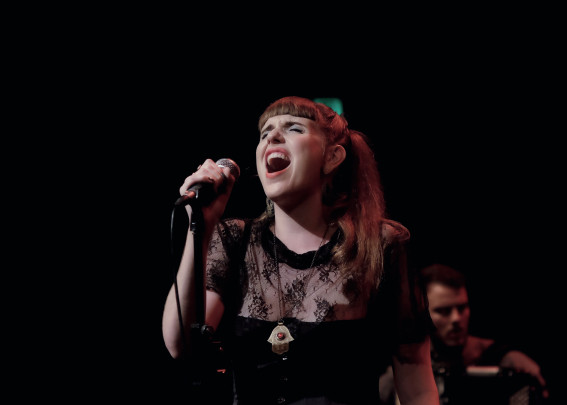 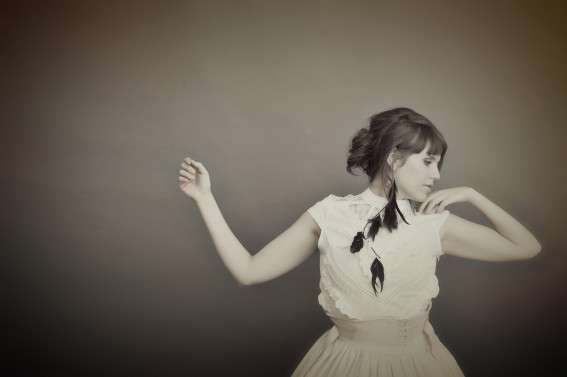 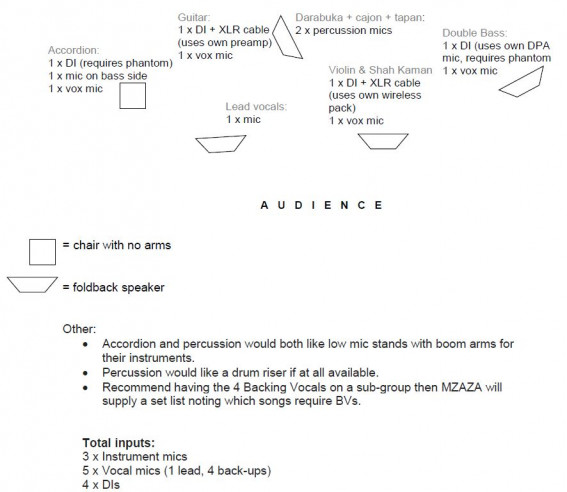 Dying to Dance with the Devil (2016) (Single) Echoes BEMAC Compilation

“Ghosts? There are plenty here in a world where the past is ever-present and music knows no borders. FOUR STARS” – The Courier Mail

“Pauline Maudy… has the voice of an angel.” – Sounds Of Oz

“MZAZA have been a real revelation for our SBS Chill audience. They are just Amazing!” - Christophe Mallet, SBS Radio, 2014

“Mzaza take the listener on a colourful international tour on their excellent eight-track mini-album Journey Over Skin which features the dexterous playing of Flamenco guitarist Andrew Veivers. […] French-born lead vocalist Pauline Maudy, who sings beautifully in several languages, has a wonderfully dramatic delivery and sounds particularly alluring on Mon Amant De Saint Jean. […] The music is of a uniformly high quality and it is easy to see why the band has achieved airplay on ABC Classic, Radio National, Triple J, SBS and Qantas” - Graham Blackley, Trad and Now, 2013

“These are serious musicians, and the blend of elements in their songs generate intricacies to which each of them must rigorously commit. Yet there are no pretensions in their manner, no studied pseudo-mystical facades. Mzaza is a band comprised not only of skilled instrumentalists but of consummate and generous performers, who truly relish a direct and celebratory connection with their audience. Pauline Maudy—a mighty talent, capable of raising the roof in four languages—could easily have assumed a primadonna role at the front of such a group, but such an idea clearly could not be further from her mind.” - Rob Rimmer, Weekend Notes, 2012

“Journey Over Skin is a rollicking ride through a range of musical traditions, rhythms and languages from Spain to the Balkans and Turkey. Held together by their coherent arrangements and energetic playing, Mzaza have crafted a joyous and diverse listening experience.” - Garry Williams, 4ZZZ, 2011

"Mzaza are one of the day’s most intriguing acts. The locals perform with traditional percussion and wind instruments as well as acoustic guitar and accordion, as singer Pauline Maudy sings multi-lingual ballads that transport the listener to Parisian alleyways one minute, then Eastern European gypsy campfires and dramatic Spanish landscapes the next.”
Matt Thrower, Rave Magazine, 10th of June 2009

“This EP release, Parliament of the Birds, from Mzaza is my case in point. […] Each track displays such a high level of musicianship  […] I was particularly impressed by Pauline's easy vocal style which belies her level of skill and technique and astounded by her capability to sing in such a range of languages. Mzaza's driving rhythms and haunting melodic lines made me yearn for exotic places and adventures.” - Lonnie Martin, The Folk Rag, 2009

“Mzaza have a unique style and incredible passion which echo through the transfixed audience.” - Lisa Lamb, LifeMusicMedia, 25th of April 2009