“There is such a thing as a perfect vocal quiver and Kerryn has harnessed it to perfection” - Kath Devaney, ABC

“Personal, tender & passionate all at once” - NZ Musician
“A joyous presence.” - TheMusic.com
Recorded in three days, beside the ocean, under the light of the full moon. What could be more soulful or intriguing?

So it is that award-winning songwriter, broadcaster and widely adored live performer, Kerryn Fields offers to the world her new LP, Water - a timeless, fearless, and deeply captivating homage to the full spectrum of human emotion.

Fuelled by humility, integrity and a raw clarity of vision, Kerryn Fields paints enduring musical portraits that detail the colour and feeling of everything that keeps us alive. Drawing comparisons with the likes of Cat Stevens, Townes Van Zandt, Joan Baez, Neil Young, and more, Fields’ trademark warmth of character - evident in both life and music - depicts a creative offering that’s equal parts stirring, refined and heartrendingly beautiful.

Queenie, on the other hand (released in March 2021) is a rolling, hope-filled ballad offering delightful, uncomplicated aural comparisons with the likes of Dylan and his contemporaries. It showcases Fields’ stunning lyrical genius and effortless vocals, her lightheartedness and warmth of character shining through the dark.

“The album all started with the end of my marriage. I found myself along the Great Ocean Road, grieving and homesick with nowhere to go.”

“It was only a matter of time before I started metabolising the grief, sending demos to Fraser (Montgomery). We decided to return to where these songs were born - but this time, to record.”

“Starting at the end of a relationship. Recording something joyous where I once found myself hopeless and lost. This is a record of beautiful, circular processes,” Kerryn says.

Recorded live to tape with vocals, guitars, drums and upright bass all in one room and take, listeners will love the sense of authenticity and freedom embodied by the record’s production. There’s a richness and warmth to the sound, almost as if Fields’ exemplary collective of musicians can be heard smiling to - and eyeing off - one another.

And that’s just it. This record? Just like Fields herself, it’s joy and human nature exemplified.

What you need to know: 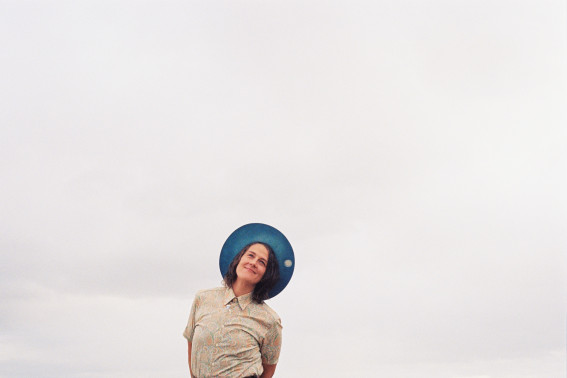