Prophecy Playground is an alternative-folk project founded by guitarist singer-songwriter and composer Or Izekson.
Combining gently written melancholic songs and instrumental themes with a carefully arranged string section deriving elements from classical European chamber music, Prophecy Playground’s music creates a semi-forgotten, semi-newly imagined sound - a kind of Folk which combines the melancholic with mysterious and mellow with dramatic, thus offering a new and unique take on contemporary Folk music.
On February 2020 Prophecy Playground’s released their anticipated debut album “Comfort Zone” on the Dutch international record label Friendly Folk Records. Though its release in close proximity with Covid-19 pandemic, the album received warm reviews on several acclaimed international music magazines. Comfort Zone is somewhat of a concept album, which clearly reflects Izekson's approach towards the music: a srickly acoustic production that blends skilful acoustic guitar playing, often on various tuning alterations, together with carefully written arrangements for string section & other orchestral instruments, whilst not harming the gentleness and fragility of the songs’ core. Prophecy Playground’s songs deal with one's struggle for inner-self embetterment, the lack of purpose in the virtual age, and a perpetual longing for a home - both in the physical and the spiritual one.
Gaining momentum prior to COVID19 pandemic, the band toured it’s native Israel in different venues and festivals and made a UK live debut in London. With live music's return last summer - the group went back on stage and performed an NYC mini-tour and on KMC, an online music showcase in Japan.
Besides the Prophecy Playground original materials, Izekson is also performing a tribute solo act dedicated to Nick Drake’s album masterpiece “Pink Moon”.
On September 21' the band released the single ‘Tincture of Guilt’ on OOB records, which serves as the alt-folk group's first single from their upcoming 2nd album.
See more 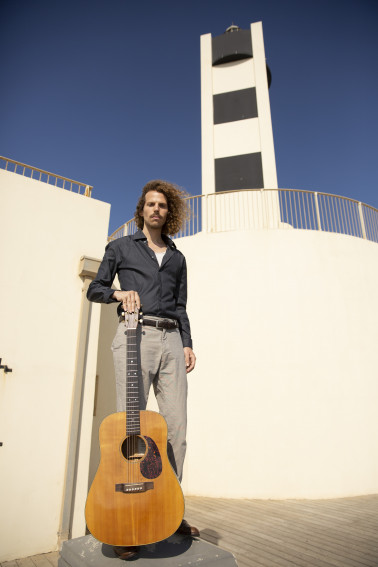 “Prophecy Playground’s music is inquisitive and influenced by culture. It doesn’t lend too much to other artists; it seems to exist in a league of its own.”  Happy Mag, Australia
https://bit.ly/30zRJtk

"Prophecy Playground may just have rejuvenated an age-old genre with this gem of a record"  Folk & Tumble, UK

“ A way of homing in on a really great find, and here is one… just go with the flow and enjoy the music. Excellent” Folk Radio, UK

https://bit.ly/3a3dogg
"Prophecy Playground is an artistic force to be reckoned with... Izekson has a wonderful understanding of texture and contrast in sound" Bucket List Music, Canada
https://bit.ly/2EQBe3F
"An album that conceals Izekson's natural talent for composition... All this contributes to an album which represents one of the best examples of contemporary folk, with a clearer inspiration” Ondarock, Italy
https://bit.ly/33vPxEP
“Superb Alternative Folk. A gentle and attractive work” Musica Terra, Japan
http://bit.ly/3pyyxpt

“Check these guys out - they're fantastic! (...) showing great promise to the future.” York Calling, UK

"The music is delightful. The lyrics are great. Be sure to listen” Reignland USA

“A very beautiful folk song, but not only. It opens up to other horizons” Le Cargo, France

“Think of the spirit of Nick Drake and the quiet musical irreverence of Devendra Banhart” Post to Wire, USA

"An artist singer-songwriter to follow without further delay" Le Sac a Son, Canada

“Extremely well detailed folk-progressive composition with the quality of its structure and the richness of his wanted arrangements” Boulimique de musique, France